Shipping calculated at checkout.
Quantity must be 1 or more

The Mission 9' Saltwater Fly Rods are tightly engineered for laser beam loop and locking horns with anything the sea wants to throw at you.

Ghastly weather and obstinate fish are no match for the delicate interplay of power, precision, and finesse. We value simplicity, refined styling, attention to detail, and hand craftsmanship. Combined with advanced technology, these are the hallmarks of a Maven rod and you’ll see these in each and every one. Offered in 3 to 12 weights. 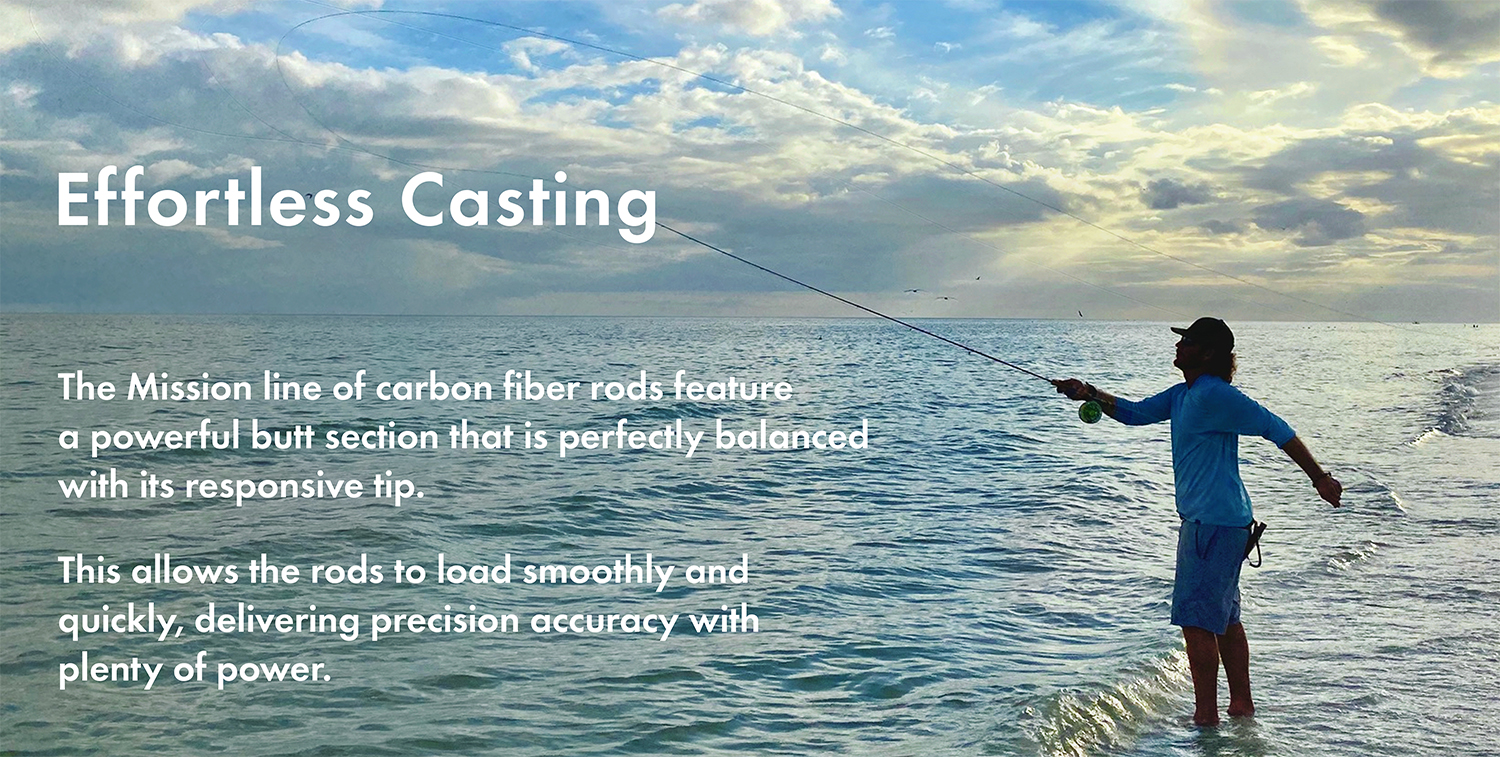 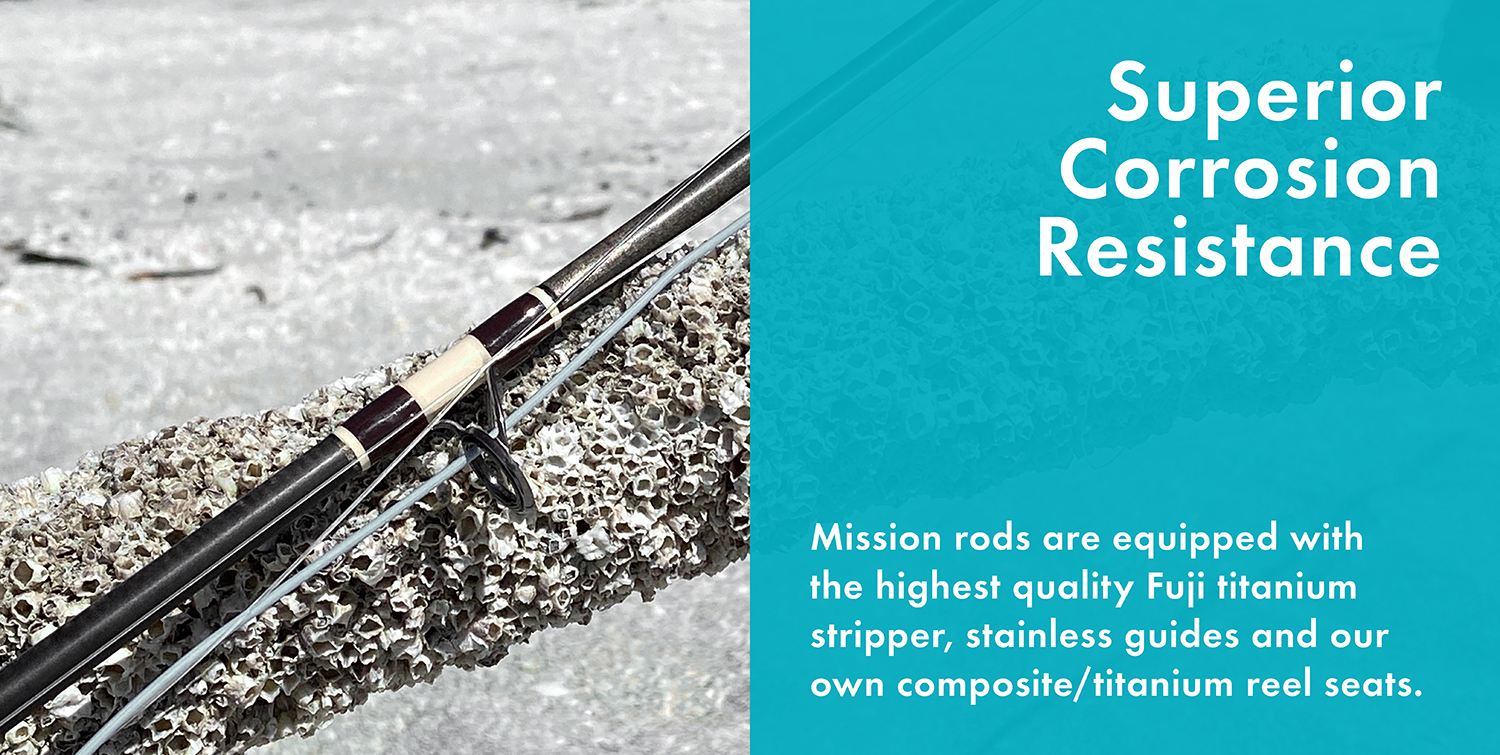 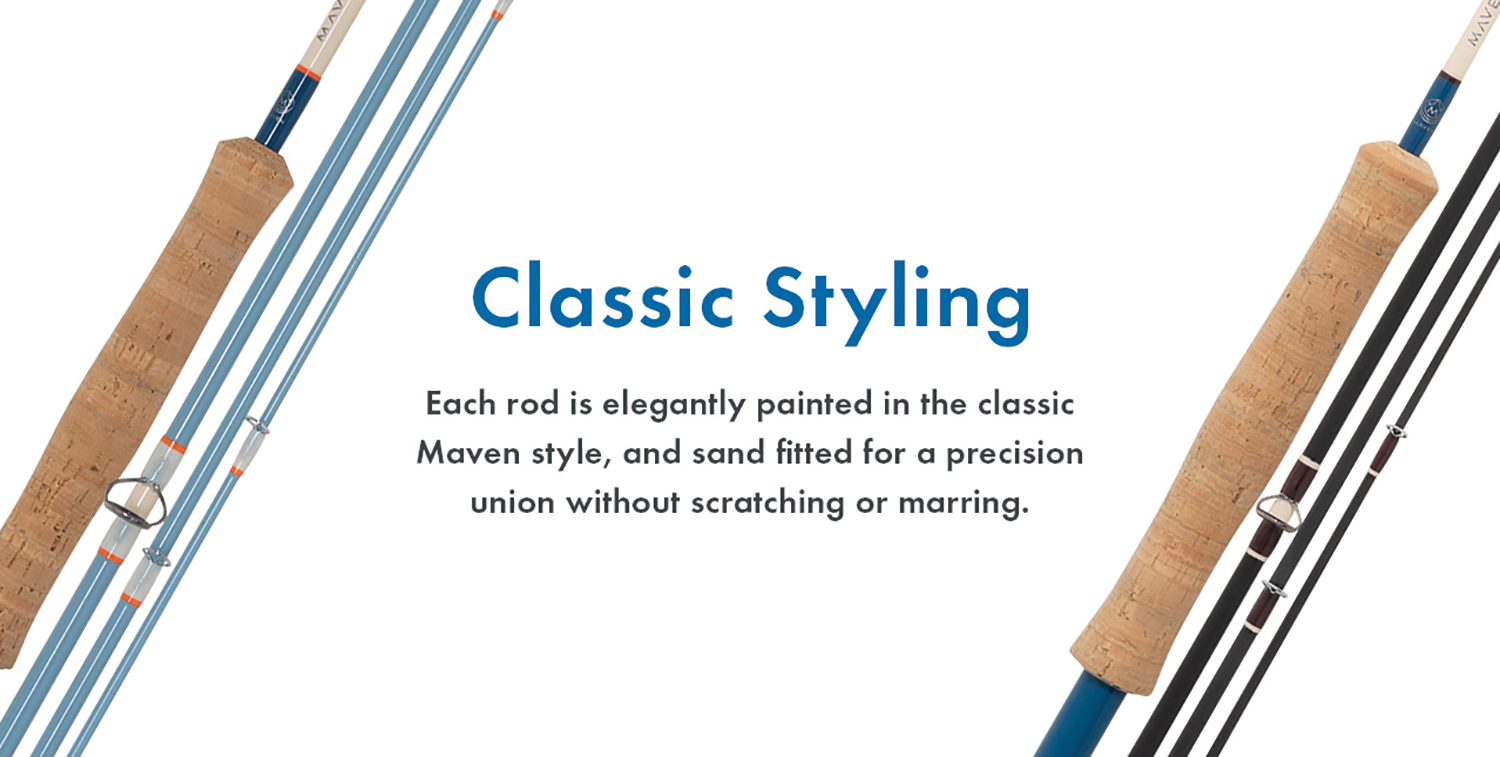 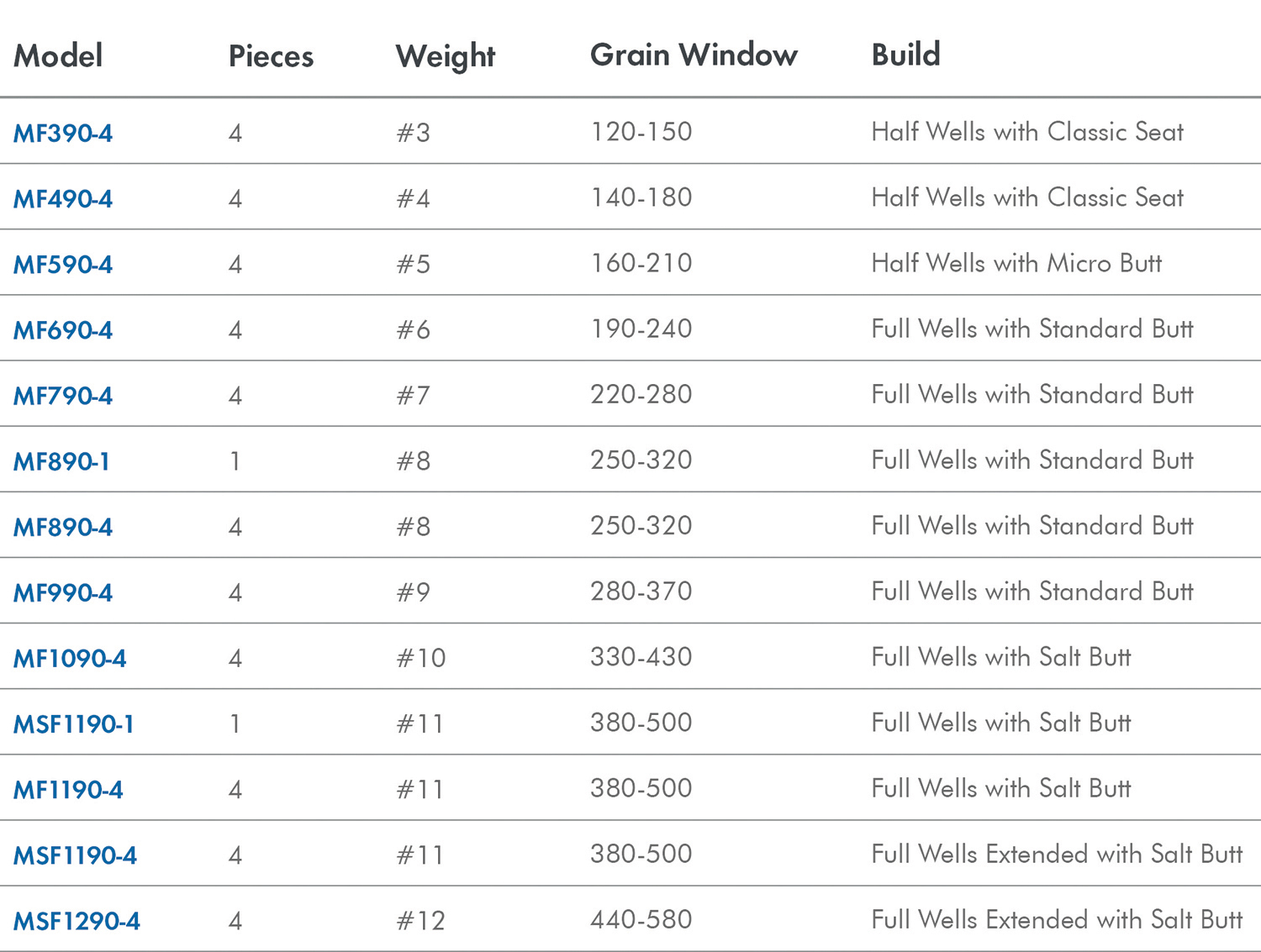 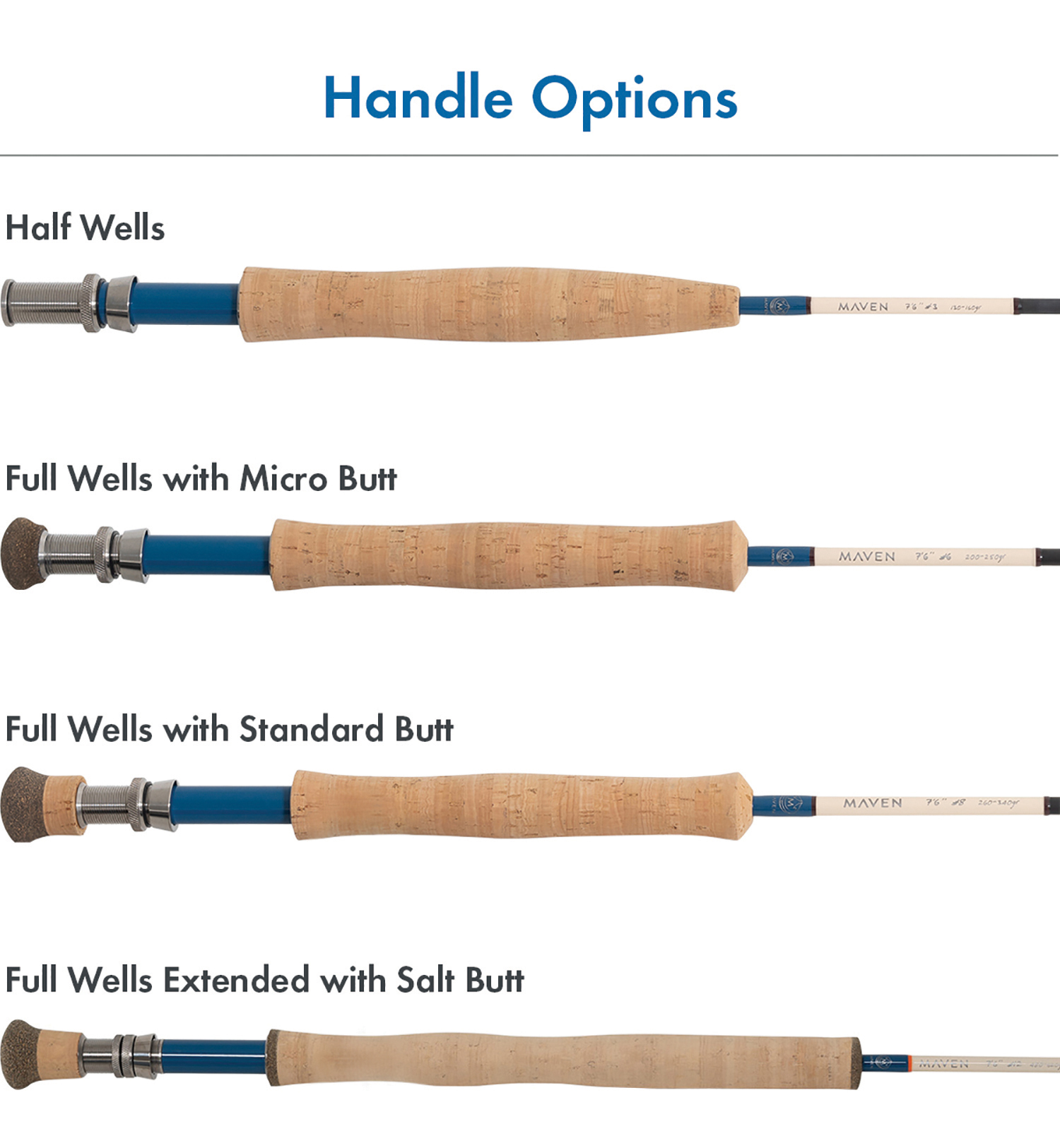 Ok guys. Finally had a chance to put my new Maven 9 wt to the test at Andros Island, Bahamas. You guys hit a home run with this rod. First two days of fishing were struggles due to poor weather and low to no visibility, but the weather cooperated on the last day for me to be able to put this rod through it’s paces. The guide stops at first flat of the morning and I’m staring into a 10-15 mph direct headwind. I’m thinking what have I done to the guide to make him mad at me, but in his defense, he had to get the sun behind us. First shot of the day comes at 12 o’clock at 50-55 feet. I’m just an average caster at 63 years of age, and this shot is not one that I normally execute. However, the Maven rod performed beautifully, and the fly turned over as it should with plenty of power to spare. The bonefish obliged as well, and I had the first fish boated with one cast. This rod has a lot of power. My line hand lost the line a couple of times on the back cast haul because of line speed that I normally do not generate. Interesting, the Maven rod also performed well on the shorter casts of 20 -25 feet or so. For a rod that has this much power and backbone, it also has the needed feel for the in close shots. My guide practiced with the rod at lunch, and he stated he has never thrown as much line as he did with the Maven rod. He was also impressed with how light the rod felt in his hands. At the end of the day, I hooked 14 bones and boated 13. The Maven rod performed flawlessly. I’ll be ordering the 8 wt version of this same rod for Christmas! Congratulations. You guys nailed it with this rod!
J B Benton

Back to Fly Rods